If there is an important country in the design field, it is Germany. Precisely there, the  Mathildenhöhe colony and the Bauhaus school were born, which formed the basis of design thinking. It is also the country of the great Dieter Rams, designer of the company Braun and a career reference even for Jonathan Ive, chief designer of Apple, who admits that many of its products are formally inspired by those who made the German company. 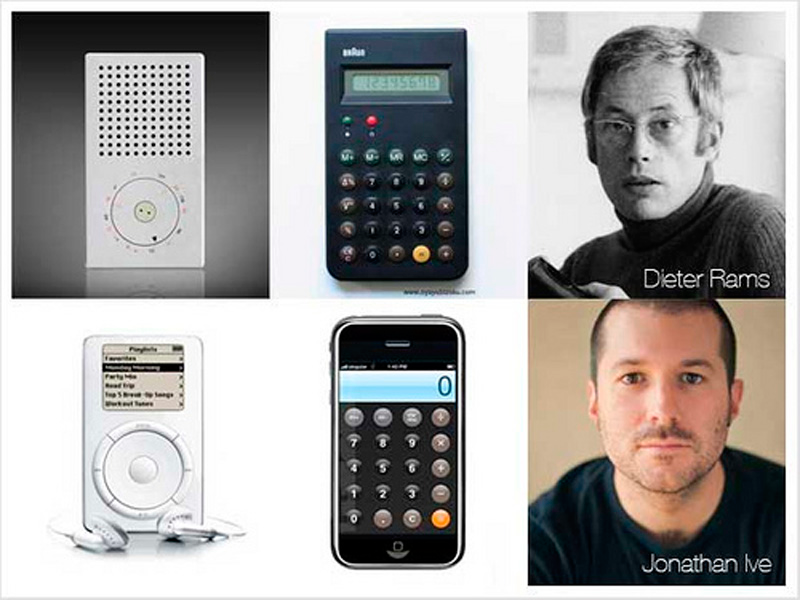 With the intention of connecting with our origins of Design Thinking and literally think outside the box, we traveled to Berlin. Since our arrival into the town, the frenetic pace of the city called our attention, it has nothing to envy of other major cities such as Paris or London.

After a few hours empathizing with Berliners, we detected one insight that explained this pace: the metro stations. Unlike other cities, in order to take the metro in Berlin, you do not have to take long underground walks which end up exasperating you. There you simply have to walk down around 15 steps (1 floor) and you can come into the wagon.

As if that was not enough to improve the experience, they also managed to end the “game” of searching the subway map to know which station you are at, and where you are going. This was solved by placing a large map in front of the platform, see picture. We can say that the Berlin subway stations are a perfect example of design thinking from the user experience point of view. 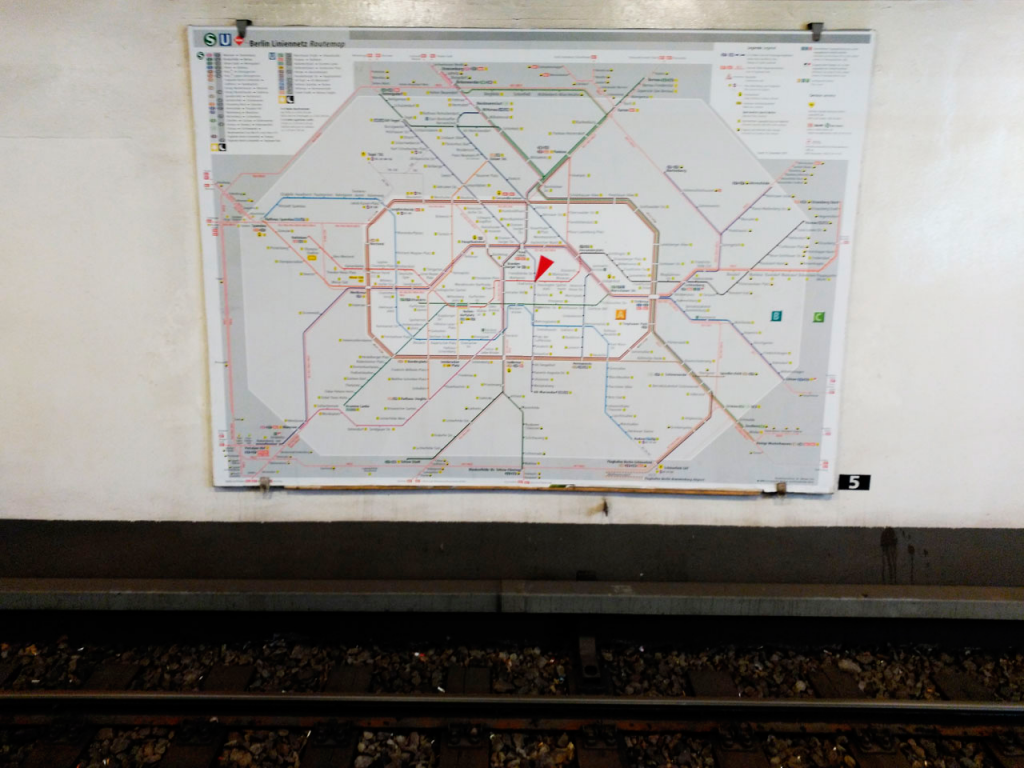 From the subway we headed to the Reichstag (German parliament), specifically to see its avant-garde dome, a design of the English architect, Norman Foster. The made of glass dome surprised us. The original idea of the game of mirrors reflecting the exterior light inside the debating chamber represents the transparency of the German economic system and the German reunification. 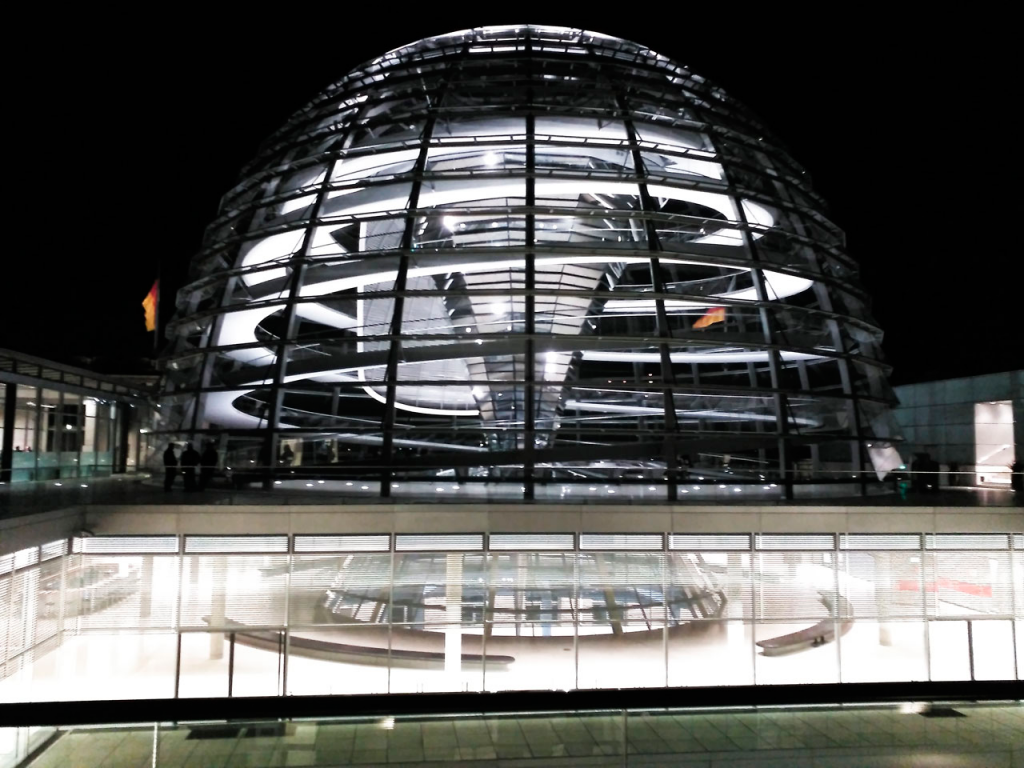 Inside there is a lookout point, which is accessed via a double helical ramp and from which you can see one of the best views of the city. In this lookout point there is a circular bank surrounding a funnel which serves as ventilation system of the lower chamber. The dome of the Reichstag, of which we are sure that they had to make a prototype, is another example of the best design thinking, in this case applied to architecture. 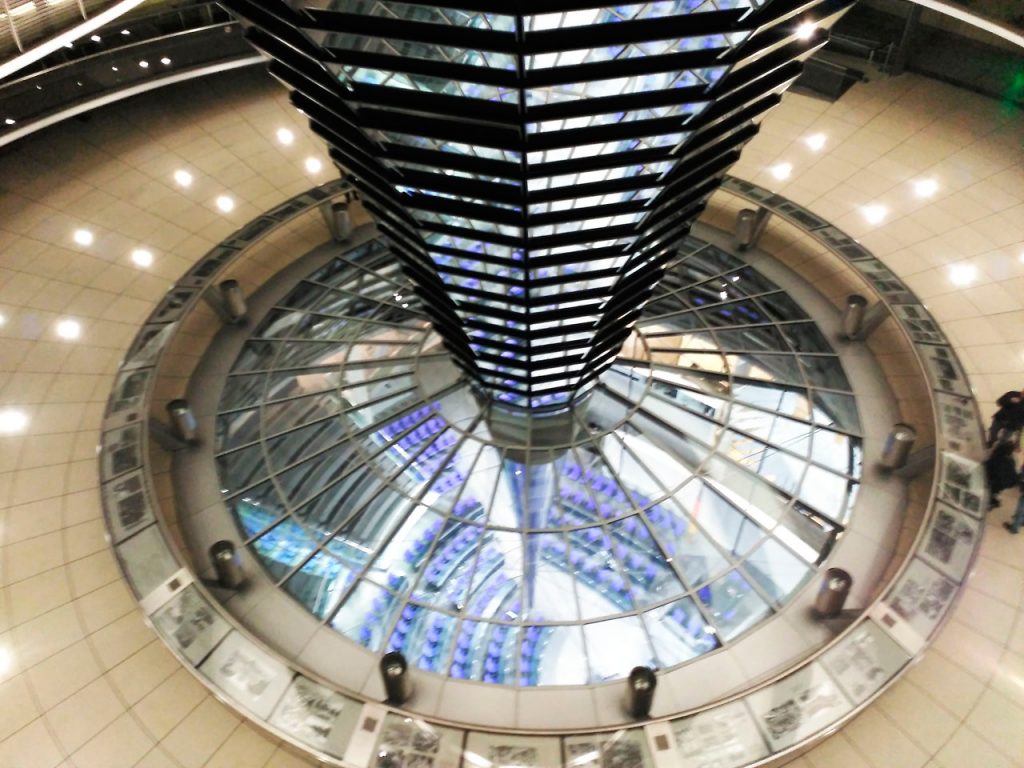 After a few days enjoying the city and when we thought we had seen it all, another surprise was waiting for us at the Berlin’s main airport. In the bathrooms’ wall of the building found a tablet requesting feedback to the users about how clean the facilities were. 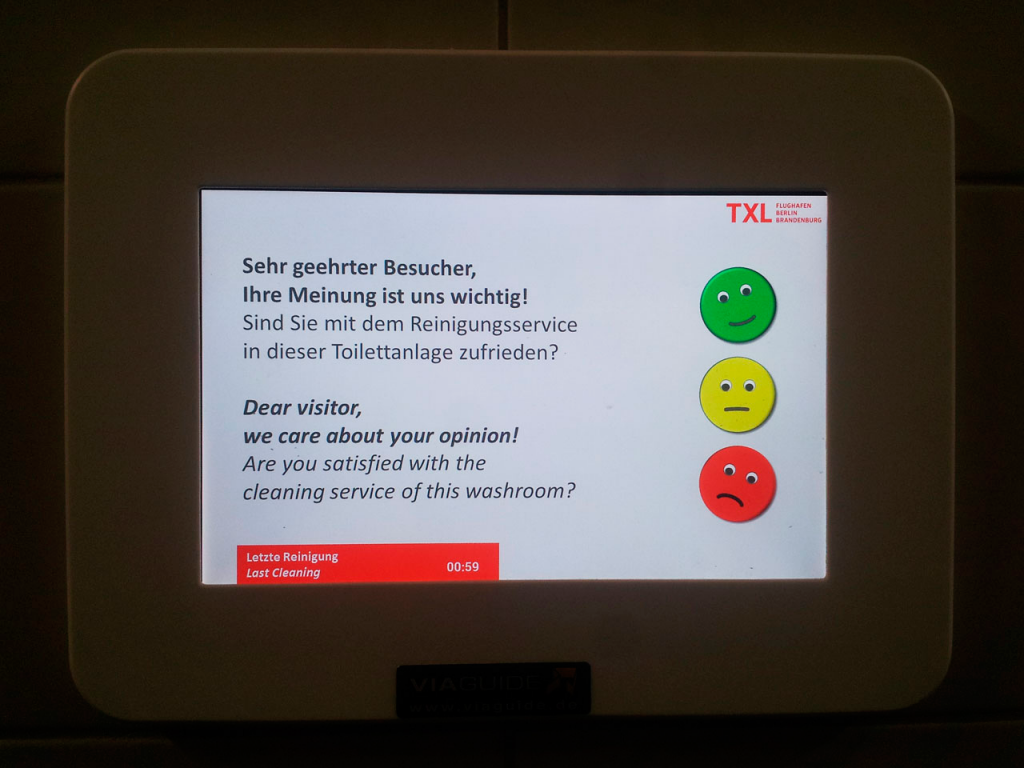 We could surely make an analogy between this trip to Berlin and the Design Thinking process. We began empathizing with the city and its inhabitants, detecting insights, we saw very good ideas that were prototyped and finally we gave our feedback.

Can a design thinker ask for more? 😉