Last Saturday at the DesignThinking.gal headquarters the first course of Advanced Design Thinking began, we will be teaching how to apply this methodology to real projects during four weeks.

We began the first day at 10 am and all the assistants arrived with British punctuality, the first lesson’s goal is that the students begin to internalize the methodology in their daily lives.

After conducting a series of activities to wake up, we presented the DesignThinking.gal team, we discussed why the project was born and about our general understanding of education and  in particular the design thinking, which includes the adaptation to the environment and culture in which it operates. 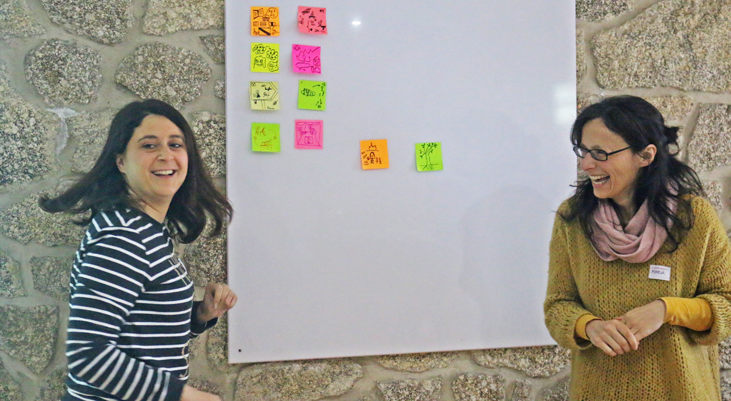 Once all presentations were done, we talked about what creativity is, we visualized which parts of the brain it is originated from (neuroscience of creativity) and we explained a number of techniques that help us to boost it. Afterwards, we divided the class into two groups and started to implement some of the techniques previously discussed, particularly SCAMPER. 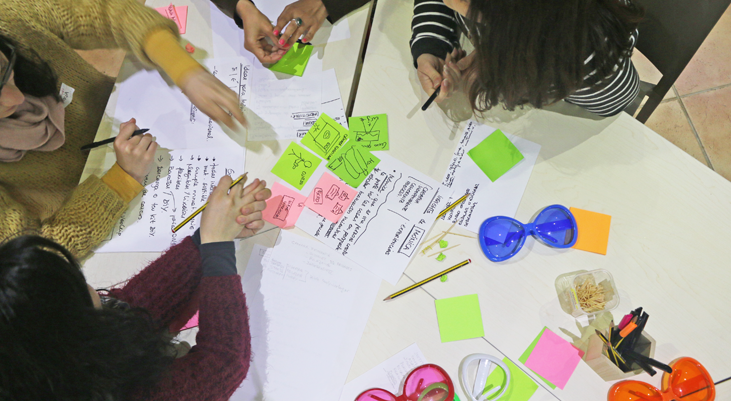 During this activity, a very curious thing happened due to no apparent reason, one of the groups was producing many fewer ideas than the other. Observing the groups, we noticed what impeded the high production of ideas was the need of organizing every idea within the different parameters. After talking with the group and prioritizing they task of creating, they began to produce even more ideas than the other.

That fact, which in principle could be a drawback in the development of the class, served the students to realize how unneeded barriers can affect very negatively during the creation step.

After two hours of intense creativity, we did a short break to stretch our legs and refrigerate our minds. Immediately afterwards, we explained what Design Thinking is all about, where it comes from and what DesignThinking.gal can contribute. To do so we analyzed different cases of successful implementation of the methodology in various sectors.

During this phase, we realized that we were handling a very active group, because what normally can be explained in one hour, took us 1h and 30 min. Although we are normally very concerned about the timing in the classroom, is always appreciated being teaching a group like that, because the learning is better and more dynamic. 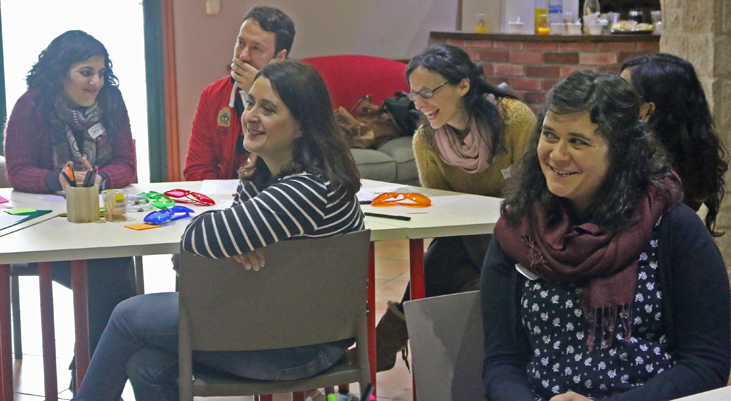 Later on, we established the theoretical framework and then conducted the practical application of the methodology with a real project and with less time than usual. Still, the results were conceptually very good, which reinforced our view of the participants.

After the students presented the projects, we gave the feedback to the group and planned the next day of the course, where we will rise up one level of expertise.